Michael Lloyd is a member of the CAN-BIND Community Advisory Committee (CAC). Read below to learn a bit about Michael’s story and why depression research is important to him.

Please tell us a little about yourself. 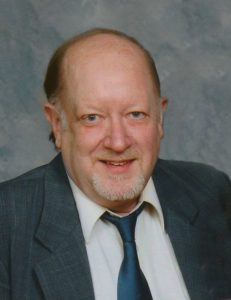 I’m a 60 year old father of two amazing daughters. We are nature and animal lovers. At the peak of our own zoo, we had a lizard, a bird, some fish, two cats, two dogs and a turtle. The turtle is still around at 31 years old. Camping is by far my favorite activity so, during the summer, I go camping as often as I can. Being out with nature is very relaxing and it’s a great place for meditation and reflection. During the off-season, I take courses that interest me because I love learning new things.

My first encounter with depression was in 1994. At the time it was thought to be related to exhaustion and I was told to take a month off work. I was also prescribed antidepressants. In early 1995 things went really wrong,  I became suicidal and was hospitalized for 8 weeks. That was just the start of a 5-year journey of many hospitalizations across 3 different hospitals, several psychiatrists and more medication changes than I can count.

During the depression episodes everything was dark, I had no feelings of hope for the future and I had horrible self-hatred. This led to many incidents of self-injury and several suicide attempts.

During the depression episodes everything was dark, I had no feelings of hope for the future and I had horrible self-hatred. This led to many incidents of self-injury and several suicide attempts. In the late 1990’s I was sent to another hospital for a second opinion and my diagnosis was changed to bipolar disorder. The new diagnosis was good in that it led to a change in medications however the depression symptoms continued until the right combination of medications was found. I haven’t been hospitalized for any mental health related problems since 2000.

During the late 1990’s, I was connected with a social worker who got me involved with a local mood disorders support group. I was also introduced to the idea of volunteering in mental health. I started by volunteering with a small committee through the Canadian Mental Health Association (CMHA). My volunteer responsibilities ramped up when the lead of the support group I was attending started a new provincial project and was pressed for time. I offered to lead the support group and things took off from there. After some research, I was able to evolve the support group into an outreach group of the Mood Disorders Association of Ontario (MDAO).

I’ve since held positions from group facilitator, which I still do, to a member of the Board of Directors with the Mood Disorders Association of Ontario. I did Peer Support and was a member of the Board of Directors at the Mental Health Network of Chatham-Kent.  I  served as Patient Advisor on the Quality Council at the Chatham-Kent Health Alliance in the Mental Health and Addictions Program. I’ve also worked on projects with the Mental Health Commission of Canada (MHCC), the Ontario Human Rights Commission (OHRC) and now CAN-BIND.

How did you learn about the CAN-BIND CAC? When did you join?

I was aware of CAN-BIND through my affiliation with MDAO. I received an invitation to join the CAC in early December 2015. When I received the invitation, I did more in-depth reading on CAN-BIND and felt that the program was something that I wanted to contribute to. Participating on the CAN-BIND CAC is a part of my endeavor to make the journey from depression diagnosis to recovery shorter and to provide better quality of life for those on that journey.

How would you describe your experience being on the CAC so far?

Even though I’ve done support work in mood disorders for many years, this experience has allowed me to learn a great deal more about depression.

I feel that my input has been taken seriously and that the CAC’s input has been well respected and reflected in the materials released to the public.

I feel that my input has been taken seriously and that the CAC’s input has been well respected and reflected in the materials released to the public. The span of what we do is much bigger than I had expected. For example, we were involved in the creation of the CHOICE-D Guide, which is an educational tool for those affected by depression. Our knowledge as persons with lived experience is valued in the CAN-BIND community.

What is something about depression that you want people to know?

I want people to know that depression is an illness and not a character flaw. Depression is part of your life, it doesn’t define who you are.

Seek treatment as soon as possible, because early diagnosis and treatment always provides the best results.

With advances in medications and therapy techniques, the time between diagnosis and recovery continues to become shorter. Research programs like CAN-BIND are increasing the understanding of depression and making that time even shorter.

With advances in medications and therapy techniques, the time between diagnosis and recovery continues to become shorter. Research programs like CAN-BIND are increasing the understanding of depression and making that time even shorter. Depression is treatable and recovery is possible.

It’s also great to talk to somebody who understands what you’re living through. Professional help is important, but peer support groups can complement your clinical care and help you get better more quickly.

Lastly, having a support system of friends and loved ones is very helpful as you navigate your care journey. By reaching out to my family and friends they  were able to help me regain my personal wellbeing. Don’t be afraid to reach out for support.

Why is depression research important to you?

It’s important to me since I don’t want others to go through the same dark period that I experienced. Living without hope and with self-hatred is a terrible way to live. Getting information on depression out to the public is crucial. Had I understood what depression and bipolar disorder were sooner, I’m confident that I would have gotten better much earlier.

What area of depression research are you most interested in?

I’m most interested in processes that lead to early and accurate diagnosis. This will ultimately lead to earlier and better treatment. Ideally, we will reach a point when depression no longer exists, but that’s going to be well into the future. With research programs like CAN-BIND, the future is getting closer.